A Tagine On A Tuesday!.....Sweet & Spicy Pork Tagine 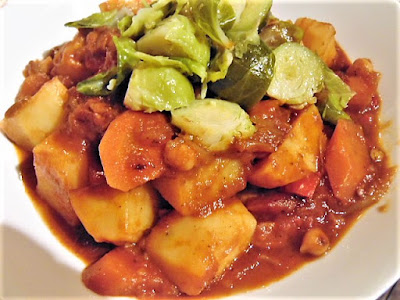 Tagines are the simple yet complex flavoured one pot dishes of Morocco, a country in Northern Africa. Over the centuries the foods of Morocco have been influenced by both its natives, and its invaders. The Berbers were the indigenous peoples of the region, but the country has been influenced by the Bedouin nomadic tribes of the dessert, the Arabs, the Ottomans, the Moors from Spain, Sephardic Jews and finally the French. Yet among all this dilution of their culture, the original Berbers managed to maintain their cultural origins and right proud they are of them too.

The Tagine is a classic Berber dish, it is also the name of the pot the stew is cooked or served in. 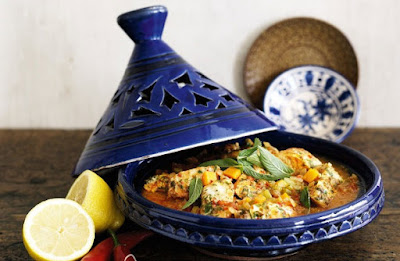 A Tagine is basically a glorified stew of either meat, fish or vegetables, but it is a stew that is aromatic and thick, filled with the scents of sweetness and spice. The meat is tender, the fish, melt in the mouth, and the vegetables more flavourful than any curry. Tagines will also have the addition of fruits such as apricots, dates, prunes, olives and preserved lemons, with lots of strong flavours such as coriander and harissa, but also the sweetness of honey.