Please have a look at the POSTSCRIPT at the bottom of this post, regarding the success of this technique.


In May I posted a story about some ficus I've been working on. They are mostly benjamina 'shortys' and the plan has been to turn them into heavy trunked shohin.

For this one, the root over rock, the grafted top has grown on really well considering the time of year the graft was set.
With spring now with us and things getting up some momentum it's time to air layer off the base. I want to take it off just at the level where the rock is visible to make use of the flaring in the trunk at that point.
Partly because if that position and partly to hedge my bets I'm going to do a drill and toothpick layer rather than take off a full strip of bark. 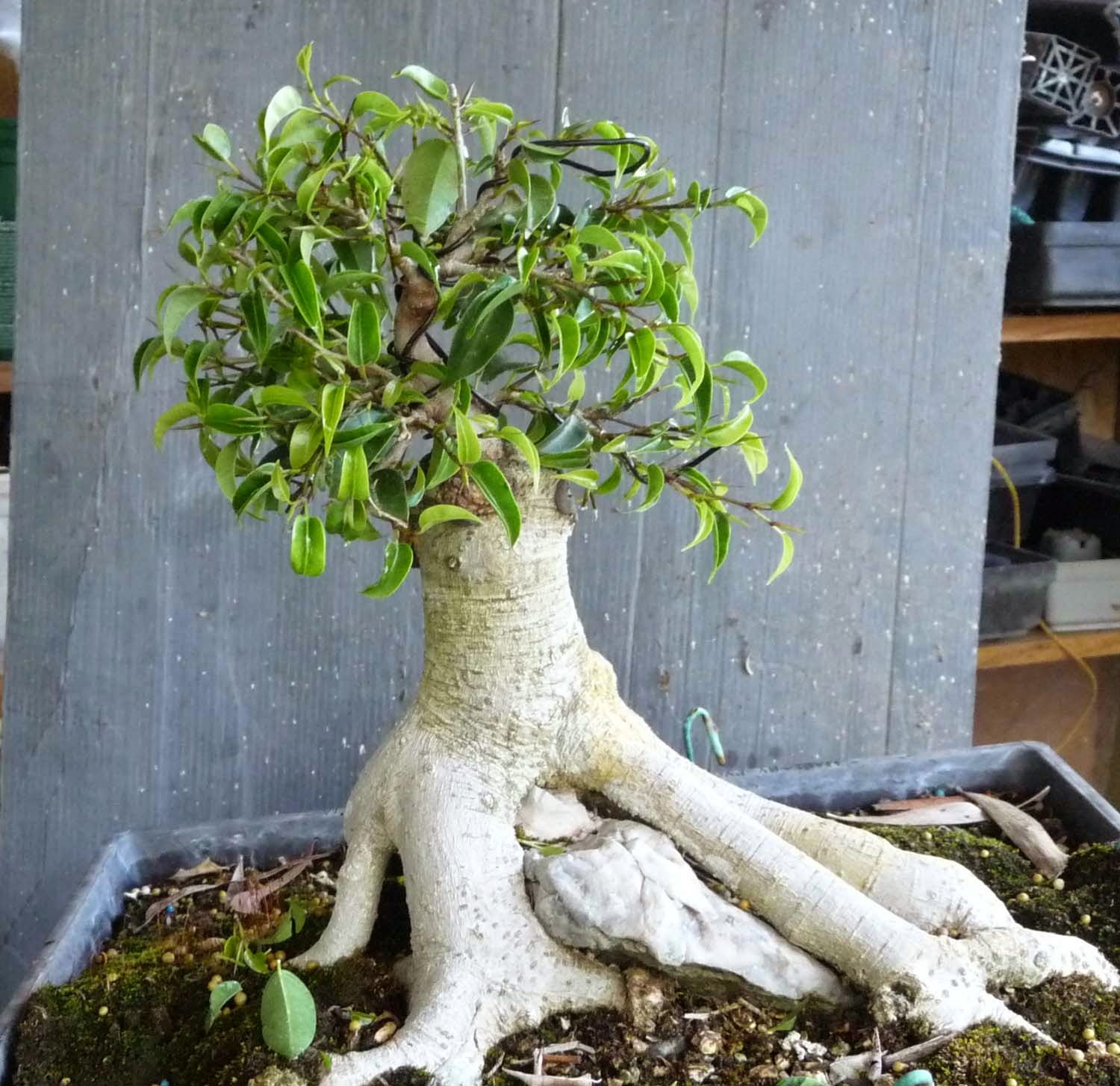 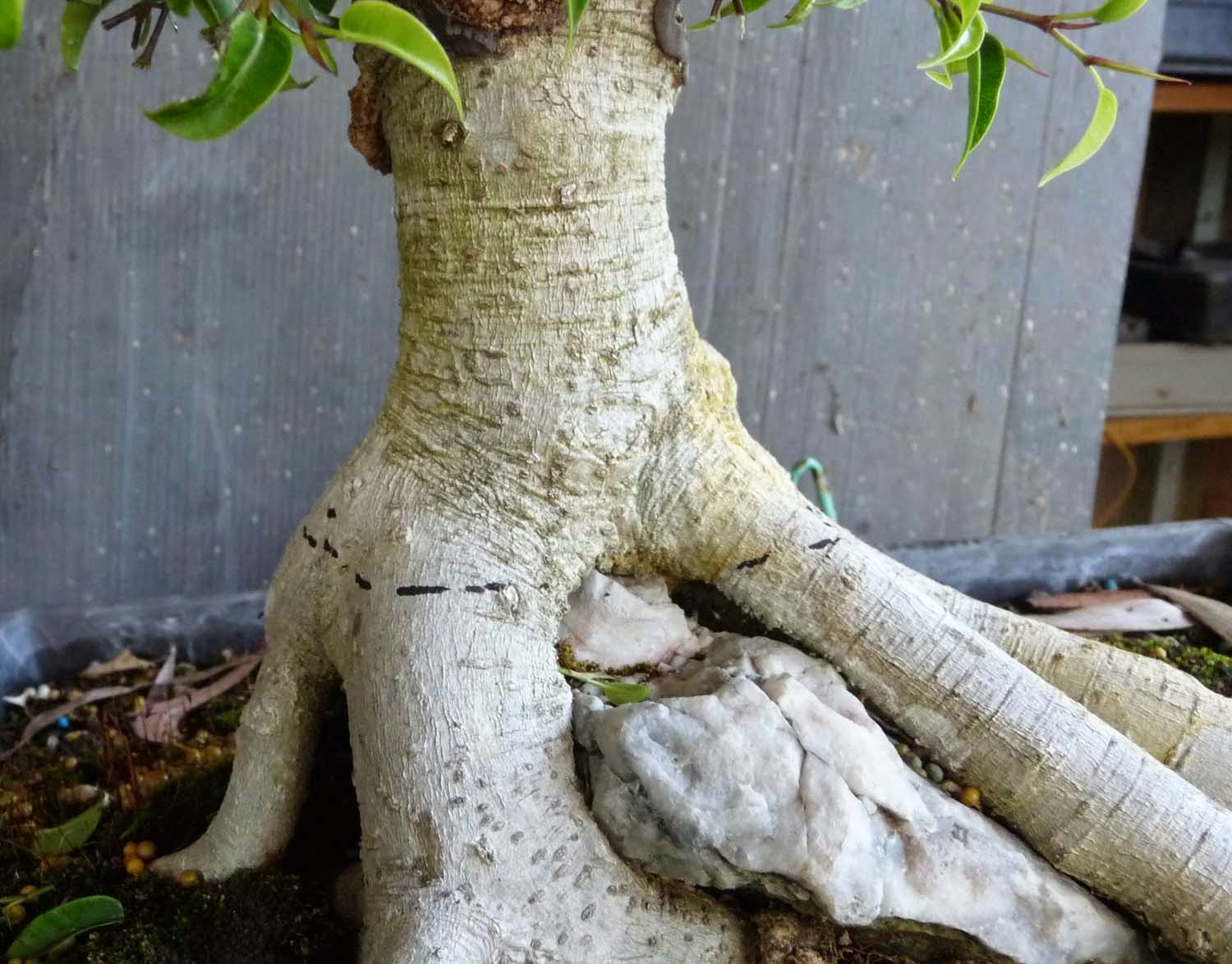 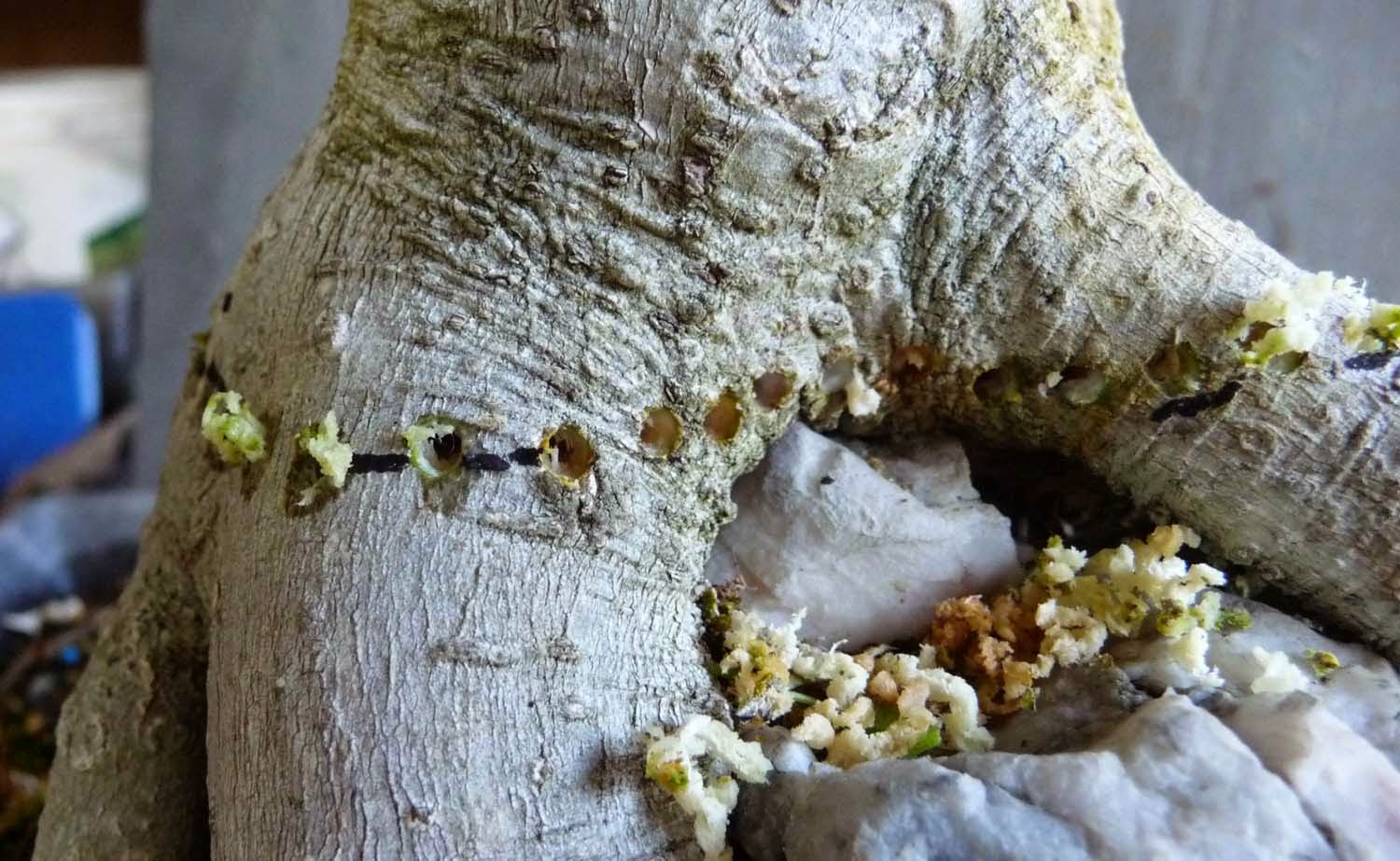 Here you can see I've gone around the tree and drilled closely spaced holes, in about 3 or 4 mm. 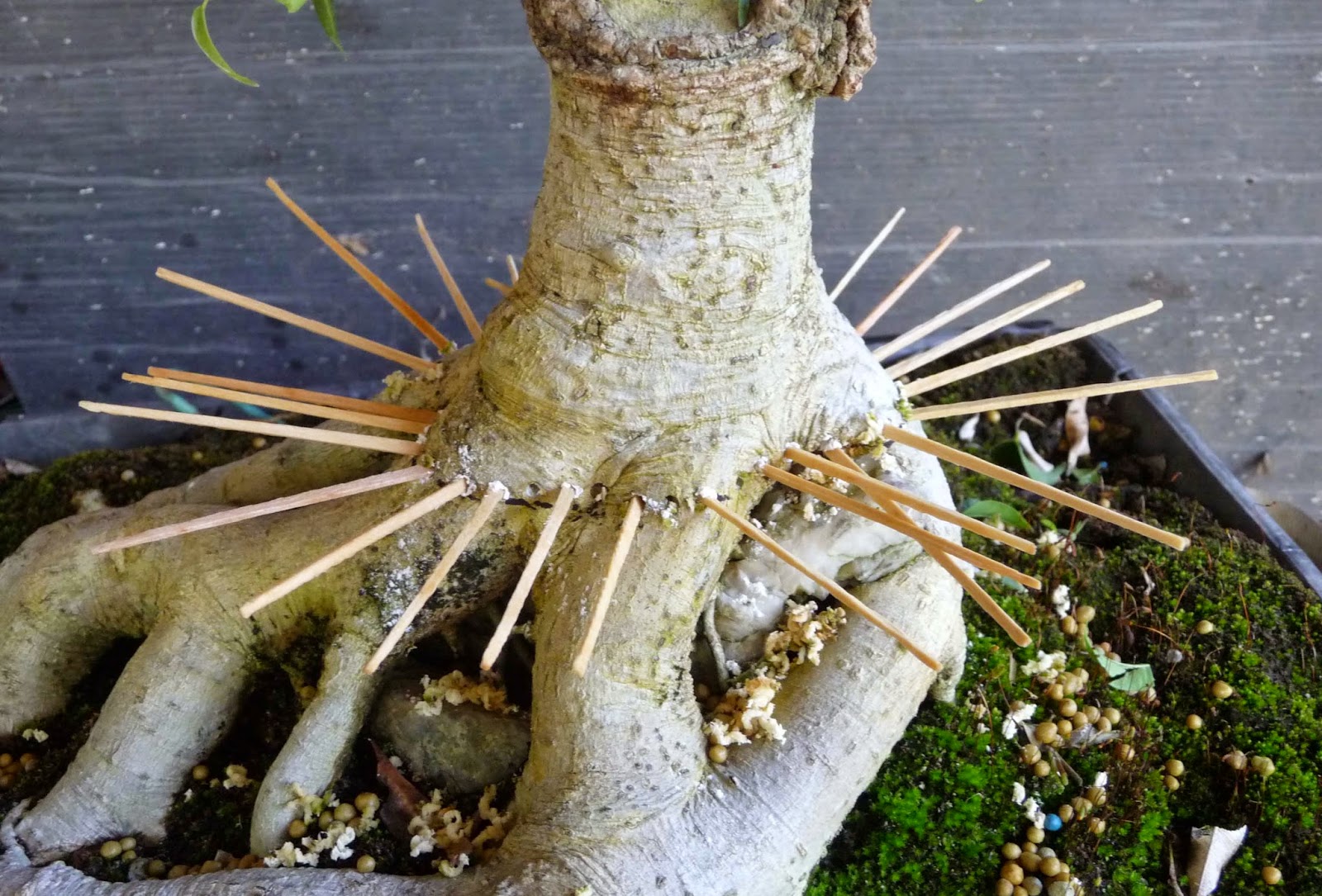 Next comes the tooth  picks with root hormone on the end inserted in the holes. This shows the sort of nebari I'm aiming for. 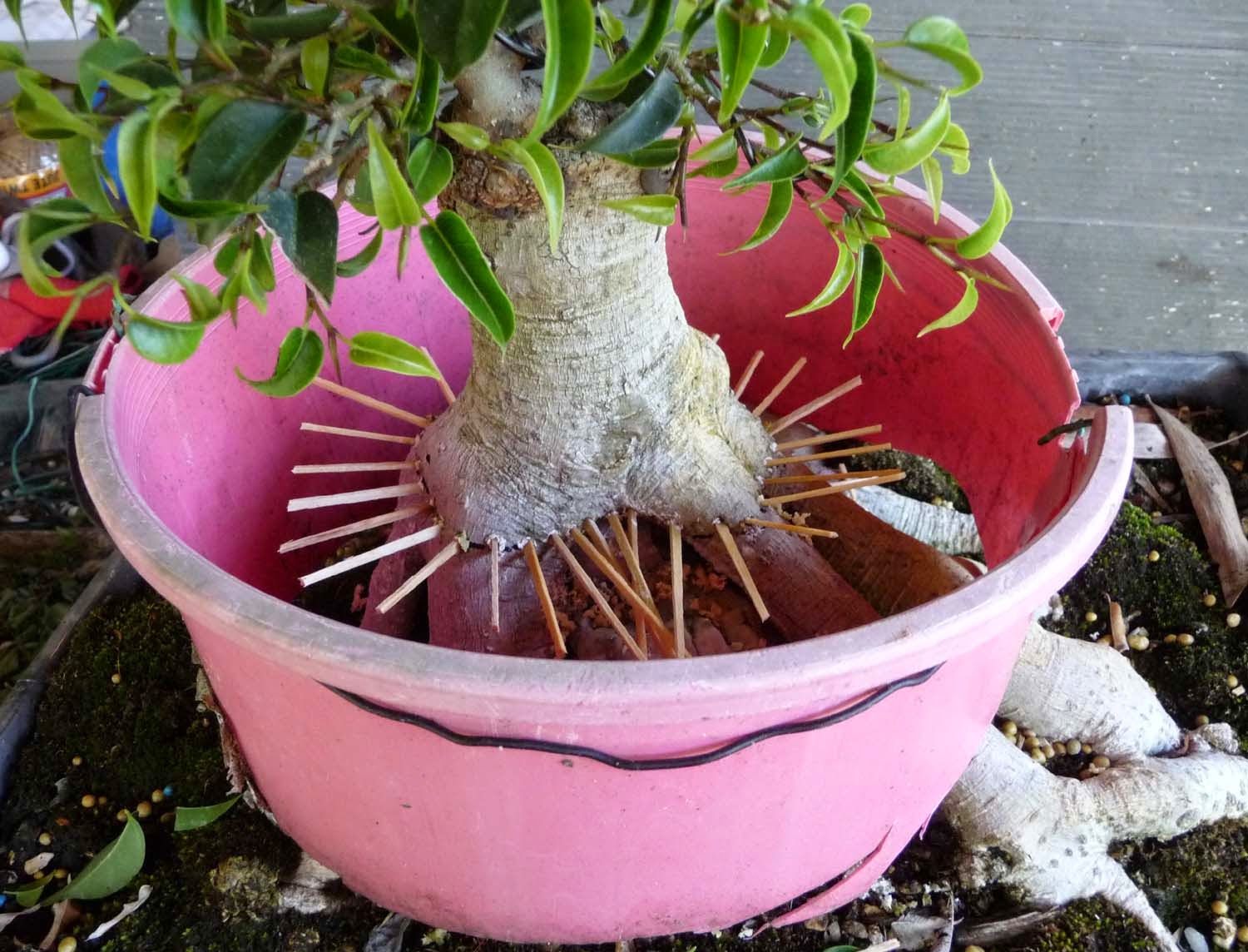 Then it's a matter of positioning the dam to hold the potting medium in place and filling it up. 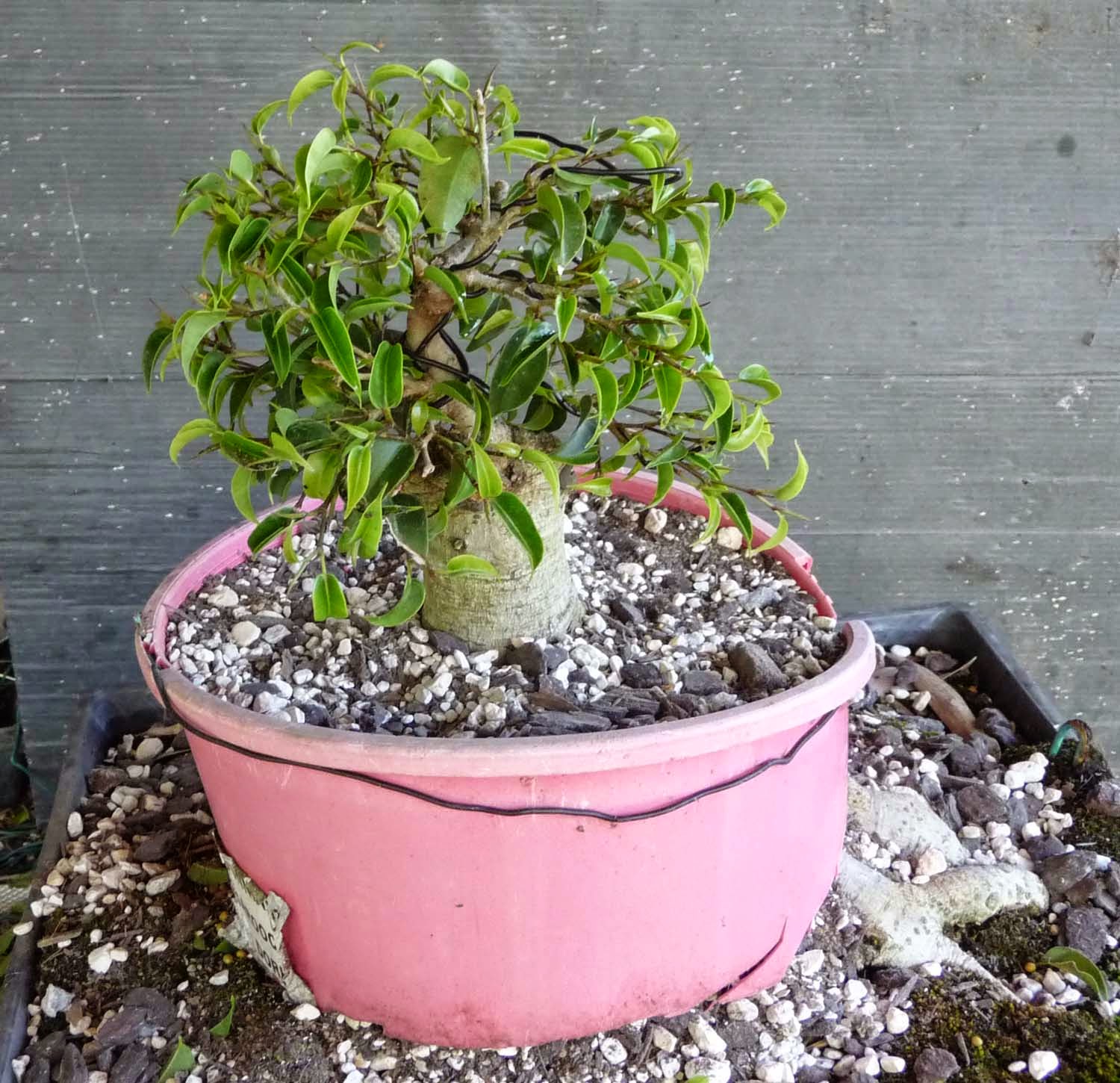 Now comes the wait. Should be ready by Christmas I'm hoping.

POSTSCRIPT from February 2015.I waited and waited and nothing happened as it should, so eventually just replaced the ring of toothpicks with the removal of a full ring of bark in the usual manner. This produced roots in about 6 weeks and I separated it soon after. I've tried this toothpick technique on other species and it didn't work well there either so would not suggest using it
Have a look here to see how it was successfully layered.